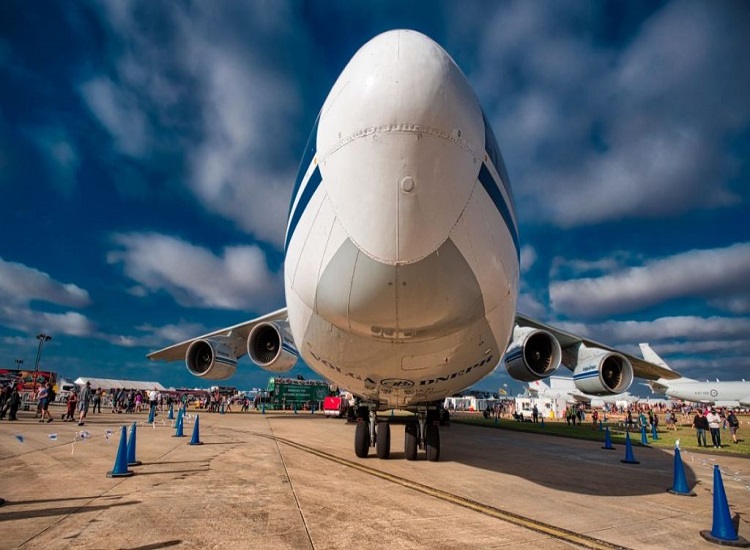 A hot air balloon can stay in the air because it weighs less in total than the air around it. Airplanes, on the other hand, are much heavier than air. What ensures that these machines can just leave the ground?

As the well-known physicist Isaac Newton already described in 1687, an object can only move at a constant speed if all forces are added to zero. The four forces that work on an airplane are shown in the picture below.

Like any object, an airplane is also pulled down by the Earth’s gravity. In order not to fall down, an aircraft generates a ‘lift’ or carrying capacity that precisely cancels gravity. In the horizontal direction, the aircraft is counteracted by air resistance. To get ahead, there are jet engines or propellers that propel the aircraft.

Elevator
The lift is generated by the wings of the aircraft. This lift keeps the plane in the air. Where does this power come from? First, imagine a side view of a wing through which air flows.

An explanation you may have heard is that air particles that go above and below the wing should come out at the back of the wing at the same time. Due to the curved top of a wing, the air at the top has to move faster to converge at the same time with the air that has passed underneath. This creates a lower pressure above the wing (see the explanation of Bernoulli ‘s Law).

The lower pressure above the wing then pulls the wing upwards, as it were. This explanation is not entirely correct! Take a look at the dark-colored air particles in the animation below. The particles that go along the top of the wing are even much earlier past the wing than the particles that go underneath. However, Bernoulli’s law still applies: above the wing, the air flows faster and there is lower pressure than under the wing.

There are many different ideas about the phenomenon, and it is not really clear what is the best way to explain it. One explanation is this: you can imagine that a wing is able to deflect the airflow downwards. The fact that the wing exerts a force on the air for this immediately means that the air also exerts a force on the wing. This is an example of Newton’s third law, which says that every reaction results in an equal and opposite reaction. So this opposite reaction is the upwardly directed lift force!

By the way, it does not matter for the lifting force whether the wing moves through stationary air, such as with an airplane, or whether the air moves past a stationary wing. You can see this in this experiment with a wing.