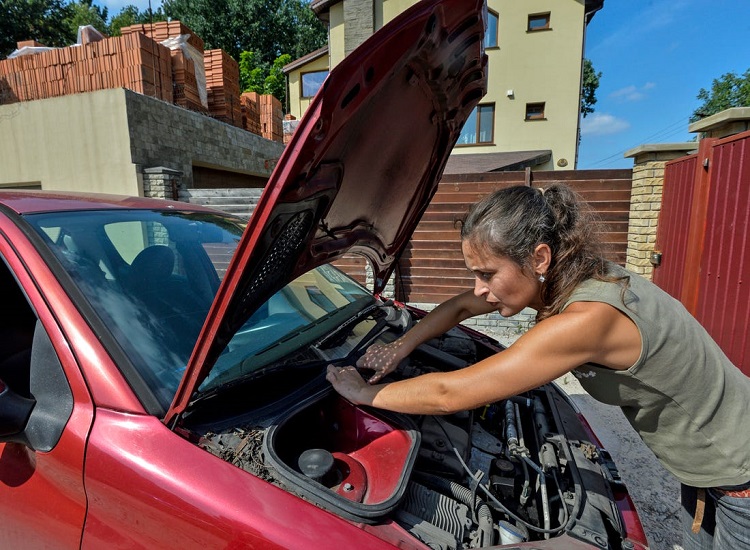 Now that we are all forced to work from home and hardly go out, the car has been standing still for days, perhaps even longer. But can our car handle this?

What was so obvious last month to drive to work every day, to the sports club or a restaurant, is suddenly no longer. Our mobility has been drastically reduced and until April 28 our car is virtually offside. If you no longer use the car on a daily basis, we recommend that you drive at least once a week. After all, we all have to do our errands at least once.

“A drive of fifteen minutes and fifteen minutes is enough. That is also the advice of our Roadside Assistance. A car is made for regular driving. Stopping your vehicle for too long can cause problems with the battery, tires, brakes, and fuel in the tank. It, therefore, makes sense to prevent this and to follow our advice.

Accu
According to Jos, the most important thing is the battery.
If the car has been stationary for more than three weeks, the battery could become slightly exhausted.

“A car has quiet consumers: think of the clock, radio, or the central locking system. The car also consumes power with it when it is stationary. Then battery problems can arise. Not only can the battery run down, but it can also break ”, Van der Drift explains.

But there is a solution. You could theoretically take the battery out of the car, but with so many electronics onboard you lose a lot of settings in one fell swoop and that is not wise with modern cars today. A better idea is to hang a trickle charger on the battery. Then the battery can remain in the car and it will be charged slowly.

This is another case for electric cars. The battery of an electric car is not the same as a starter battery of an ordinary car. With an electric car, there is little power consumption when the car is stationary for a long time. Electric cars often also communicate via an application, with which you can read via your phone how much range is left in the car. You can temporarily disable the application, thereby saving the car’s power consumption.
Tires
The tires can also use a little extra attention and care when the car is stationary. When a car is permanently in the same place, the lower part of the tire can become flattened. This can lead to so-called ‘square belts’. The ANWB recommends increasing the tire pressure in that case. Put about 0.5 bar more in the tires than prescribed for your car. This reduces the belt slightly at one point and thus prevents square tires.
Brakes
The longer a car is stationary, the greater the chance that the brakes will become ‘stuck’.

“The brake shoes that keep the car on the parking brake could adhere to the material as if they were frozen, so to speak. But this is a matter of standing for a month. In the most extreme case please do not leave the car in its place. In most cases, the ‘sticking’ will release the moment you drive away and the problem will resolve itself “, explains Van der Drift.

The solution is: just like frost, leave the car in first gear for a long period of time, rather than the parking brake. This prevents the brakes from sticking.

In principle, you do not have to worry about rust. What you only often see with cars that have stood still for a while is that rust occurs on the brake discs. But as soon as you start driving again and brake three times, the rust will disappear.