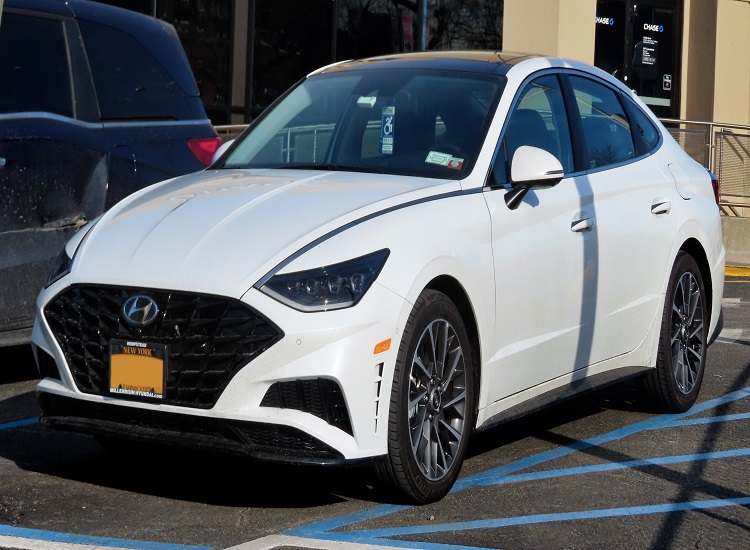 In the mid- to late-1980s, Hyundai was less a car manufacturer than they were a re-seller of remodeled versions of other cars. The company’s earliest offerings, the Pony, Stellar, and Excel, were based heavily on Mitsubishis. After those three cars came to the Scoupe, Elantra, and Sonata, but it wasn’t until 1996 that Hyundai would introduce the second-generation Elantra – one of the first cars it had designed and engineered in-house.

While that car represented one of Hyundai’s first steps in its quality control campaign, some of the South Korean manufacturer’s best work yet was still on the drawing board in the form of the third generation Elantra, which debuted in 2001.

Bigger both in physical dimensions and visual heft, the new Elantra showed the Japanese manufacturers, who had for so long brushed Hyundai off as nothing more than a low-priced pest, that they now had some serious competition. In fact, in a 2002 comparison test conducted by an American car magazine, an Elantra finished ahead of both Toyota’s Corolla and Honda’s Civic – a stunning result and some of the first proof that Hyundai knew how to put together a great small car.

For 2001, the Elantra was offered in basic GL and well-equipped VE forms. In 2002, the GT five-door hatch was added to the line-up. The Elantra got a minor facelift in 2004. In 2005, a lower-priced version of the hatch and a fully-loaded sedan model was introduced. The 2006 model year will be the last for this third generation of Elantra, with an all-new car set to debut sometime next year as a 2007 model. Let’s look back at the car that set the bar higher for this up-and-coming Korean manufacturer.

While Hyundai hasn’t quite been able to match the Honda/Toyota quality benchmark, Consumer Reports recommends 2003 and 2004 Elantras as a quality used car buy. The magazine notes a few electrical problems in 2001 models, but no other glaring trouble spots.

In side-impact tests, cars from all years scored five and four stars respectively for front and rear-seat occupant protection.2002 Hyundai Elantra GT.  That organization gave 2001 to 2003 Elantras a “poor” rating in its frontal-offset impact test due to a flaw with the front airbag system. In 2004, a redesigned airbag system offered improved crash protection and 2004 to 2006 Elantra received a “good” rating. However, the IIHS rated the Elantra “poor” in side impact protection.

That’s an interesting discrepancy that emphasizes the differences between the two organization’s testing procedures. What’s also interesting to note is that both the NHTSA and IIHS tests were conducted on cars with side airbags, a feature that has been available on U.S. Elantras since 2001, but has never been offered in Canada, even as an option.

As with any used Hyundai, one of the most attractive features is the price. These cars can be found for thousands less than a comparable Civic, Corolla or Mazda3, though prices for the Mazda3’s predecessor, the Protege, are only slightly higher than those for the Elantra. The best value for a used Elantra is either the VE sedan or the nifty GT hatch (introduced in 2002), both of which came loaded with power windows, locks and mirrors, and air conditioning.

There’s no doubt that the Civic and Corolla still have the edge in overall quality, but the third-generation Elantra’s low prices, high feature content, and vastly improved durability make this Korean compact one of the best used-car buys on the market right now.