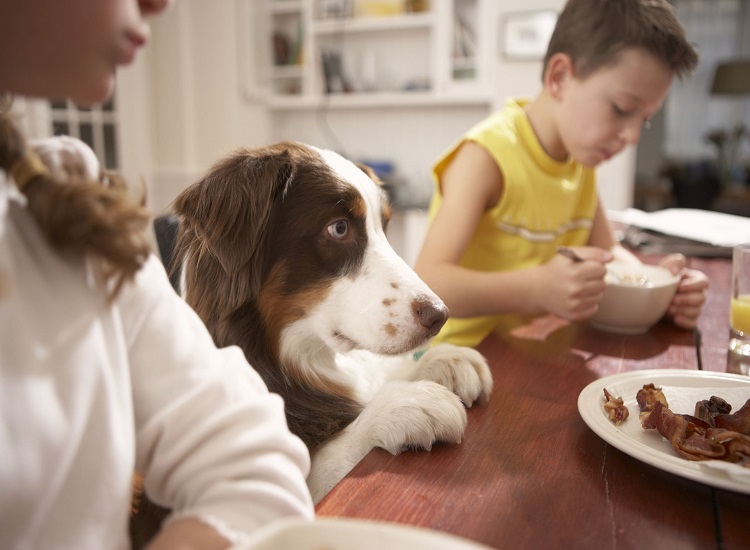 Easter eggs on the table, a piece of Easter bread for breakfast … these are also tempting treats for pets. But especially with dogs, you have to be careful when all this is up for grabs. In any case, it is never good to feed a dog such fatteners, but if it contains chocolate, currants, and raisins it can be downright dangerous.

Poisoning
Cocoa, the main component of chocolate, contains large amounts of theobromine, which is very unhealthy for a dog. Theobromine is related to the caffeine and stimulates the central nervous system and the heart muscle. In addition, it relaxes the muscles of the bronchi in particular and increases urine production. Some dogs vomit or develop diarrhea. But poisoning can also lead to a rapid heartbeat and breathing, arrhythmias, drunkenness, seizures, coma, and even death.

Differences Between Breeds
Probably, one breed of dog is more resistant to chocolate poisoning than another, and one type of chocolate is not another. From white chocolate, for example, a dog of 10 kg (say a large dachshund) should consume 22 kg and that is, of course, an absurd amount. But with dark chocolate, the danger lurks much faster: 23 grams is enough there! That amounts to just over four cubes (with a bar of 75 grams). When eating cocoa powder, the effect already occurs after 5 grams. That’s not even a tablespoon full.

There is no specific treatment for chocolate poisoning. Therefore, the vet can only treat the symptoms.

Kidney damage
Raisins and sultanas (as well as grapes) can cause serious kidney damage in dogs. Why? We don’t know exactly. One time nothing happens to a dog that eats grapes or raisins and the other time it does. Is there a harmful substance in the fruit? Or on the skin? We don’t know that too well. The cause is being searched, but it has not yet been found. In this case, too, there is no targeted therapy. With supportive therapy (such as infusion policy), damage can be limited as much as possible.

Want to spoil?
Because you cannot tell in advance whether the grapes, raisins, or sultanas are harmful or not, it is best to avoid them. Therefore, do not give your dog grapes, raisins or sultanas, nor any products containing them. So eat those Easter eggs and the Easter cake yourself! And would you like to spoil your dog? Just give him or her some extra attention and, for example, go outside again.

In an emergency
Does your pet need emergency help? On the Emergency page, the Faculty of Veterinary Medicine explains who is best to call, also outside office hours and during public holidays.

More Than 120 Species of Mammals Suitable as Pets

Everything About Rodent Food

I Want to Buy a Horse

I Want to Buy a Rodent